What is the IoC Container in Laravel? 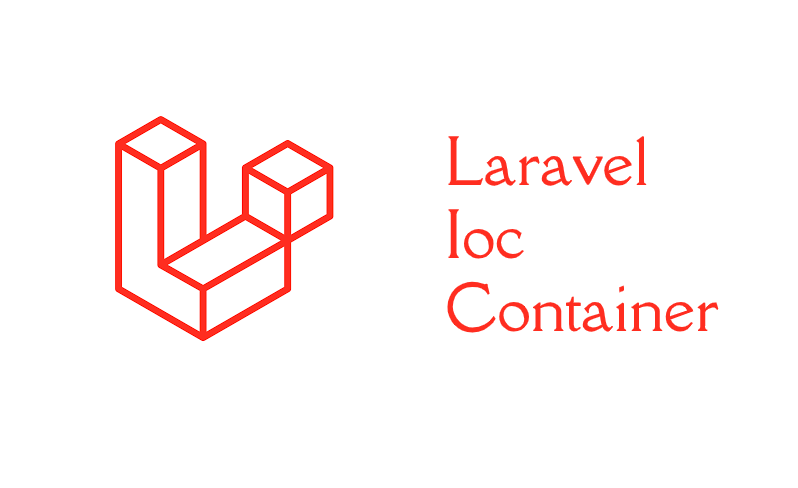 Understanding the Laravel IoC container is essential to building a powerful, large application, as well as for contributing to the Laravel core itself.

Dependency Injection is a design pattern, that does what the name states. It injects objects into the constructor or methods of other objects, so that one object depends on one or more other objects. 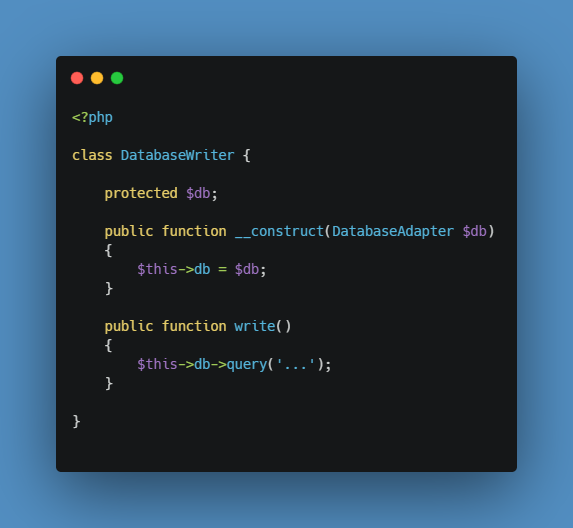 You can see that we require the classes constructor a DatabaseAdapter instance to be passed. Since we are doing that in the constructor, an object of that class cannot be instantiated without it: We are injecting a dependency. Now, that we know that the DatabaseAdapter is always existent within the class we can easily rely on it.

The write() method just calls methods on the adapter, since we definitely know it exists because we made use of DI.

The enormous advantage of using DI instead of misusing static classes, god objects, and other stuff like that is, that you can easily track down where the dependencies come from.

The other huge advantage is, that you can easily swap out dependencies. If you want to use another implementation of your dependency just pass it to the constructor. You don't need to hunt down hardcoded instances anymore in order to be able to swap them. Leaving aside the fact that by using Dependency Injection you will easily be able to Unit-Test your classes, since you can just mock the dependencies which is hardly possible with hardcoded dependencies.

Leaving aside the fact that by using Dependency Injection you will easily be able to Unit-Test your classes, since you can just mock the dependencies which is hardly possible with hardcoded dependencies.

The three types of Dependency Injection 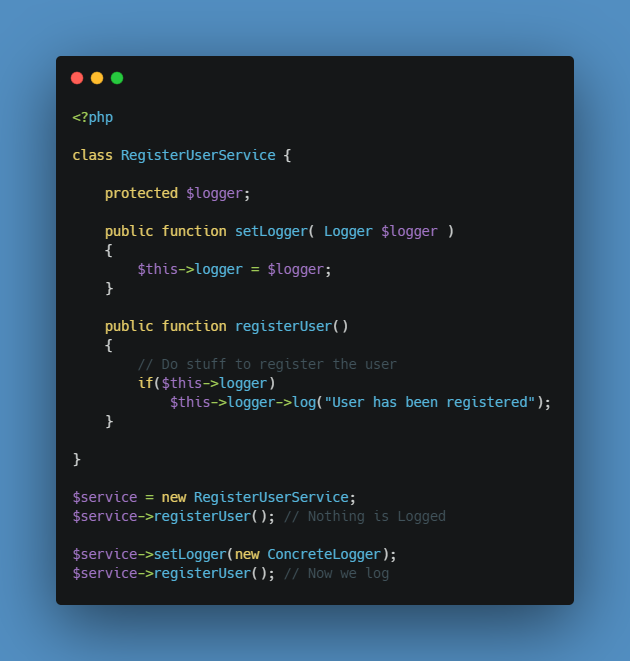 The object can be instantiated without any dependencies. There is a method to inject the dependency (setLogger()) which can be called optionally. Now it's up to the methods implementation to either make use of the dependency or not (if it's not set).

The idea of interface injection is basically, that the method(s) to inject a dependency is defined in an interface. The class that is going to need the dependency must implement the interface. Hereby it is ensured that the needed dependency can be properly injected into the dependent object. It's a stricter form of the previously explained Setter Injection. 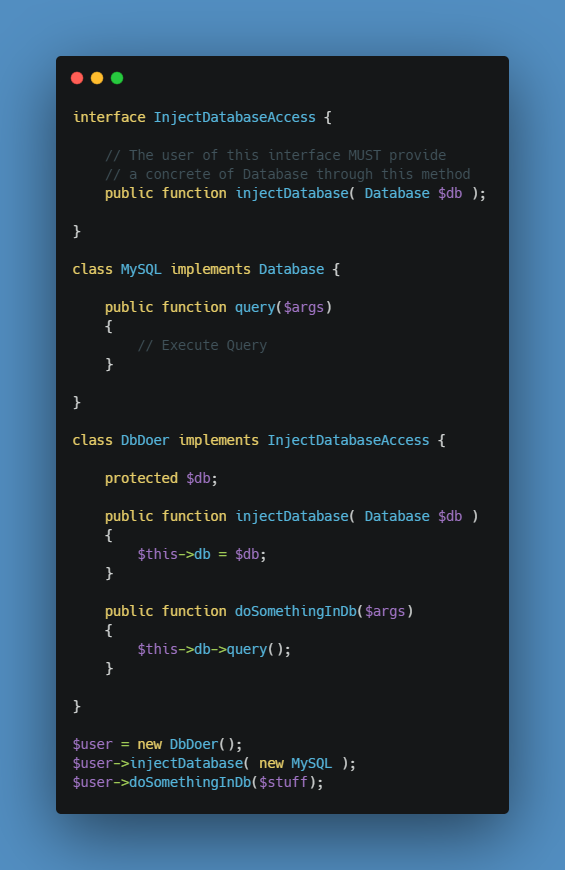 The meaningfulness of Interface Injection is open to dispute. Personally I have never used it. I prefer Constructor Injection over it. That allows me to accomplish the exact same task without the need of additional interfaces on the injectors side

Instead of depending on a concrete instance we can also depend on abstractions. 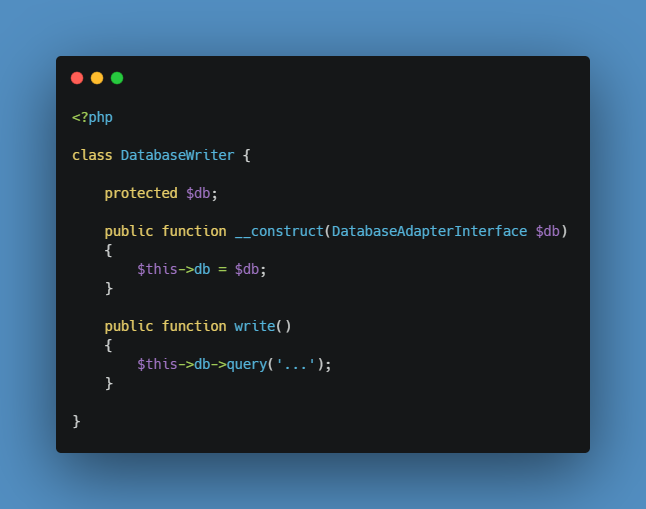 Now we inverted the control. Instead of relying on a concrete instance, we can now inject any instance that consumes the type hinted interface. The interface takes care that the later concrete instance implements all the methods that we are going to use, so that we can still rely on them in the dependent classes.

Make sure you get that one, because it is a core concept of the IoC-Container.

The IoC-Container is a component that knows how instances are created and knows of all their underlying dependencies and how to resolve them.

If we take our example above, imagine that the DatabaseAdapter itself has it's own dependencies. 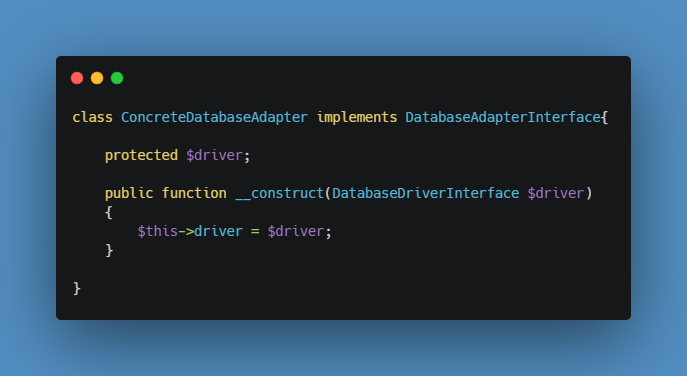 So in order to be able to use the DatabaseAdapter you would need to pass in a instance of the DatabaseDriverInterface abstraction as a dependency.

Simply spoken (if you are into design patterns). It's a bit of a combination of a Dependency Injection Container (which I already explained above) and a Service Locator.

Are you looking for PHP Laravel Developers? Hire from us: https://infynno.com/hire-laravel-developers